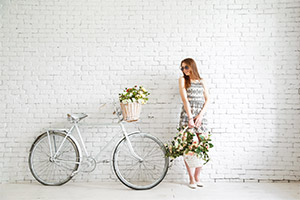 Post-traumatic stress disorder (PTSD) was first used as a diagnosis in USA by veterans from the Vietnam War, but such symptoms have existed for much longer. The disorder has had many names, including:

Post-traumatic stress disorder isn’t only associated with war-related scenarios however. Traumatic events such as natural disasters, abuse and accidents can also cause symptoms.

It is understandable for people to feel distressed and upset after a traumatic event. For many, these feelings gradually subside and they are able to carry on with their lives as normal. For others however, distress and anxiety following a trauma may carry on for longer.  It can be so severe that their everyday lives and ability to live normally suffer.

In this section, we will explore the disorder in more detail, looking into the symptoms, causes, and types of PTSD treatment. This includes counselling and cognitive behavioural therapy (CBT) for PTSD.

What is post-traumatic stress disorder?

Post-traumatic stress disorder develops after experiencing, or witnessing, a traumatic event. Typically, people in danger feel afraid. When this fear hits, the ‘fight or flight’ response is triggered. But for people with PTSD, this type of reaction is damaged. They may feel frightened or stressed even if they are no longer in danger.

The threat of physical harm or physical harm itself can cause post-traumatic stress disorder.  To develop the condition, you could be:

You may even develop the disorder years after the event - there isn’t a time limit on distress.  If you have PTSD, you may relive the traumatic event through flashbacks and nightmares. You also may feel isolated, guilty and sometimes irritable. Sleeping problems such as insomnia are also common. Post-traumatic stress disorder symptoms are persistent and severe enough to impact your daily life.

As post-traumatic stress disorder is so complex, many who have it live their life undiagnosed, missing out on treatment. Some may feel uncomfortable talking about their feelings with others and do not want to admit they are struggling to cope after the trauma. There might be a fear of being perceived as emotionally unstable, or even weak. If this is so, their loved ones are usually kept in the dark in such matters.

If you are worried that you are showing signs of PTSD and feel uncomfortable speaking with your family about it, making an appointment with you’re a Doctor should be your next step. They can help go through your symptoms and will be able to refer you to a mental health specialist for an assessment.

If you are diagnosed with post-traumatic stress disorder you will be given access to specialised PTSD treatment. Such treatment including counselling for PTSD, can offer a private and confidential space to talk about your symptoms and feelings surrounding the trauma and condition.

If you feel you are ready to speak to someone, try using our advanced search tool to find a counsellor or psychotherapist near you who specialises in post-traumatic stress disorder. Speaking to someone who understands the condition can really help.

Post-traumatic stress disorder symptoms will vary from person to person. They tend to fall in three categories of intense emotional and physical reactions.

Re-experiencing aspects of the trauma

This is the most common symptom of post-traumatic stress disorder. It can be extremely distressing for anyone who goes through it.  Many people who have PTSD will experience the following symptoms:

If you have PTSD, you may feel anxious, constantly alert to potential danger and you may find it difficult to relax. This is your body’s survival mechanism working overtime.  Hyper arousal is characterised by the following symptoms:

Being reminded of the event that caused the trauma can trigger feelings of fear and anxiety. As a result of this, PTSD sufferers are more likely to avoid reminders. These include places, people or situations. Avoiding the topic of the traumatic event in conversation is also very common.

Sufferers will try to counteract the painful memories and feelings by feeling nothing at all. This emotional numbing typically has a negative effect on communication with others. Individuals with post-traumatic stress disorder are also likely to:

Post-traumatic stress disorder symptoms can be difficult to manage. They can affect all aspects of life including health, relationships and general well-being. Many sufferers will develop physical ailments due to the high amounts of constant stress. These include stomach aches, diarrhoea, chest pains and dizziness. Other symptoms from mental health issues including anxiety, depression and phobias can also emerge.

What are the causes of PTSD?

Post-traumatic stress disorder typically develops from situations that are life threatening and highly traumatic. These can include:

What makes these events so traumatic is that they undermine the belief that our daily lives are safe and secure. PTSD symptoms are our normal reaction to near-death experiences. They only become an issue if they fail to go away over time.

Around one in three people are thought to develop post-traumatic stress disorder after going through trauma. It isn’t known why some people develop the condition and others don’t. There are theories, however, that discuss some risk factors that may enhance the probability of someone developing post-traumatic stress disorder after the traumatic event. These risk factors include:

A history of psychological illness

If someone has experienced depression and anxiety in the past, they are considered to be more vulnerable in developing PTSD. If someone in the individual’s family has had these conditions, it also increases the risk that a genetic element could be present.

Research has shown that abnormal levels of stress hormones could be related to post-traumatic stress disorder. Our bodies produce these hormones when the mind becomes aware of potential dangers. A trigger in the body stimulates the “fight or flight” reaction. Some people who have PTSD produce an excessive amount of this hormone. This means that their “fight or flight” reaction can trigger when there isn’t even any danger. This could help explain related symptoms, including hyperarousal.

Differences in the brain

Some people who have had brain scans exhibit a difference compared with those who do not have the condition. In particular, the parts of the brain that deals with memory and emotional processing are smaller in size. This means that the brain finds it harder to process memories that are linked to trauma, so the anxiety they generate persists. This is why PTSD treatment typically involves processing the distressing memories. The process aims to relieve the nightmares and flashbacks associated with the trauma.

Post-traumatic stress disorder tends to be more prevalent in certain groups of people. This is due to a combination of social, environmental and psychological factors. For example, firefighters have a high risk of developing PTSD. Approximately one in five people experience symptoms at some point in their career. Studies also show that female rape victims (one in two) and teenage survivors of car crashes (one in three) are more vulnerable.

Complex PTSD isn’t as prevalent as post-traumatic stress disorder. This is due to slightly different symptoms and causes. For complex PTSD to develop, an individual needs to be exposed to sustained emotional abuse or trauma. For example, a child who witnesses a friend's death in an accident may develop symptoms of post-traumatic stress disorder. However, a child who experiences abuse for several years is more likely to develop symptoms of complex PTSD. Individuals with complex PTSD usually exhibit the following symptoms (this list is not exhaustive):

There are a number of PTSD treatment avenues to explore if you suffer with the condition. They aim to address both the physical and psychological symptoms of the condition. This helps you cope with the effects of the trauma.

Treatment is highly effective, but there isn’t a form of intervention that removes all memories of the traumatic event.

Counselling for PTSD aims to address issues that deeply affect people both physically and emotionally. Talking therapies are also effective in treating associated mental health conditions. These include anxiety, phobias and depression.

There are a number of approaches that can be used in counselling for PTSD. These include:

CBT for PTSD is where a therapist helps a client to understand their current thought patterns. This is so they can identify those that are harmful and unhelpful. Through this process, sufferers can come to terms with their trauma and gain a sense of control over their fear. By focusing on realistic thoughts, they can avoid falling back into negative thinking patterns whenever they encounter a trigger.

This approach aims to reduce symptoms of post-traumatic stress disorder via a series of side-to-side eye movements. EMDR addresses the brain differences in sufferers. It helps them to process memories and flashbacks of a trauma more effectively.

The human givens approach to psychotherapy lends itself well to the treatment of PTSD. The premise is based on how humans have a set of needs, or givens. If any of these givens are not met, it can cause psychological distress.

The technique that human givens therapists tend to use is called ‘the rewind technique’. This uses cognitive restructuring and imaginary exposure to remove the association between the memory of the trauma and the emotional response.

There is limited research into the treatment of complex PTSD. Yet, the methods and processes involved tend to be similar to the ones used in counselling for PTSD. Self-discovery and exploration of the trauma is a key part of treatment. This helps sufferers to come to terms with what has happened, accept that it was undeserved and find ways to overcome it. Recovery involves focusing on the problems that can be resolved to help sufferers to regain a sense of control.

What should I be looking for in a counsellor or psychotherapist?

At present there are no regulations that stipulate what level of training or qualifications a counsellor needs for treating post-traumatic stress disorder. However, there is a  set of guidelines that provide advice about the recommended treatments, including the following: